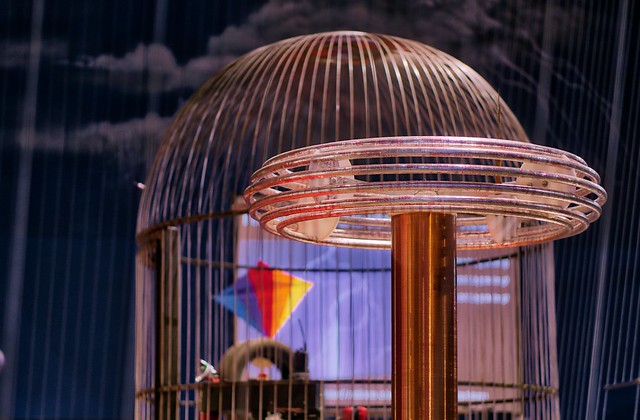 Every week I try to post a set of ramblings about things I find interesting or things that I have done in tech for the most recent week.

However, I’ve spent weeks sick. Longest illness of my life, to the point that I felt better while on bed rest eight days post-op than I did eight days into this illness.

In the midst of this, though, I was able to celebrate my 41st birthday, complete with wine, cheese, friends, and me threatening a cake with a knife. My pastry creations don’t fare well, but they are very, very tasty.

A few weeks ago attended a Go tournament for the first time. This was an official handicap tournament under the rules of the American Go Association. In theory, the results have been reported to the AGA and I will get an official rating, though that hasn’t happened yet. I’m sure it’s because AGA is not a technical organization and everything has to be manually entered.

On OGS, I currently have a rating of 16 kyu. I entered the tournament at 15 kyu. I then won three of my four games. In some cases, I received six and eight stone handicaps, and in both cases I was victorious by a significant margin. While some of the problem is that my opponents have never had to fight against such a handicap, which really does change the nature of the game significantly, I do feel that I should have entered as a 14 or even a 13 kyu.

Either way, that tournament, and playing Go Quest (all blitz games), I have certainly gotten a lot more momentum in my playing, especially because it has been easy to play at least one 13x13 game on the train ride from Davis Square to South Station. This inspiration has made it relatively easy for me to play one or two full size games in an evening after all of my chores are done, or while I am unwinding from work.

I have a new machine coming my way. I switched off of Linux onto MacOS about two years ago when my office pressured me to switch operating systems, and I also made the decision to continue having only one computer, which means that I have effectively not owned my own machine for a couple of years.

In some ways, this has been really nice. I’ve had access to a library of games that did not used to be available for Linux. But in other ways, it has been hard. As much as I have tried to continue using Nix to keep my environments isolated and to be able to consistently have a known good baseline state for every development environment, in practice some of the tools that we use as a matter of course actually resist such isolation. Yes, I’m glaring at you, Ruby. See about my nixpkgs bug report here. That bug has been resolved, but that, plus the next contract I joined, hammered home that at Cloud City we really do not use tools that lend themselves to isolation, and for work purposes I cannot wait for fixes to Nixpkgs.

I would actually rather just set up a separate VM for each client, but MacOS is very unfriendly towards virtual machines and I was never able to get an installation to actually work.

Time Machine has already had three catastrophic failures this year. While I have not lost data, that is only sheer dumb luck. In the case of this failure, Time Machine’s recovery strategy is to delete the original backup and then start on a new backup, leaving me with multiple days of no backups while the new one is being built. Apple should bloody well be ashamed of themselves for that. Further, when I was using rsnapshot on Linux, the only failure I ever had over the course of years was actually a physical hard drive failure. That is the degree of reliability that I expect.

So, I’m really looking forward to switching back to NixOS.

One of the benefits that I’d forgetten about is that the GTK bindings for Rust are much more complete than the Cocoa bindings, so I can just start on porting Fitnesstrax to a GUI application immediately instead of also taking the time to rewire a widget set. Now that i am well again, I can actually start thinking about resuming development on the project.

The only drawback is that I’ll likely lose access to Aurora HDR, which I have been using for my photography for a few years. This isn’t necessarily terrible, as I did a lot of very good photography before switching to MacOS, but the tools available on Linux are really substandard. I tried to build an HDR application for Linux many years ago, but unfortunately the math was too hard. It is always possible that I will return to that project, as it is as interesting to me as Fitnesstrax, but that is not in my schedule for today. Note that there are HDR processors for Linux, but they are horribly user-unfriendly. The one and only GUI tool exposes a bunch of different tone mappers, but it does so with excessively technical names such as “Debevec”, “Mantiuk”, and “Fattal”. None of the tone mappers can be used together, and the settings have undescriptive names such as “Phi” and “Key Value”. Hence why I wanted to develop my own tool, but it turns out that the core math problem, developing an HDR map from the original sources, was beyond my ability.

As I mentioned, I was sick for almost two weeks. Not hospital-level sick, but coughing, low energy, my entire face hurting kind of sick. With the lack of energy, I haven’t studied, written or coded outside of work.

What did I do?

I played a lot of Hollow Knight.

I actually started back at the beginning of the game. This is easily the best game released in the last two years, but it was so hard that I got completely stumped in my last play-through. This time, though, I actually am doing much better. Partly, I am looking at the wiki to make sure that I find important items. Mostly, though, I’ve practiced some of the more… ahem acrobatic techniques, and I’ve learned to spam spells, and that has made some of the bosses, like the second encounter with Hornet, much easier.

Now, I said that the game was be best released in the last few years, and there’s a few reasons why.

The most obvious one is that the action is clear and crisp. Other games, like Salt and Sanctuary, are plenty good, but they are more about tanking than about developing any real skill. Hollow Knight obviously has upgrades that make the game easier, but generally no battle can be won just by tanking, only by developing skill, combining the right techniques and having some good luck. This is very satisfying.

But my real love for the game comes from the very consistent mood through the entire arena. You are exploring a fallen kingdom, one which tried many times to survive, but simply couldn’t. And while the wild areas around it seem to be doing fine, the kingdom itself; through the architecture, color schemes, and music; all speak to a place of sadness, loss, and resignation. I have never before encountered a game that was so consistent in maintaining a mood and theme, and this was done masterfully, with beauty mixed so carefully with nostalgia.

Hence… why I decided to spend my sick time re-playing a game that caused me to nearly throw my controller across the room back in March.

And that’s it for this week. Now that I am well again I should be able to resume posting regularly. I hope you all enjoy reading my ramblings.