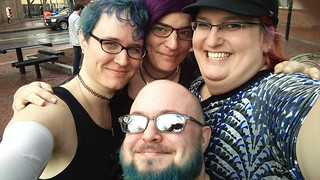 This day, the feast of St. Valentine (or whatever), is a day for lovers to get together for nice dinner, romantic dates, and possibly some great sex. I generally find it to be a rather gross mix of cisgender, heteronormative performance and unspoken expectation, in which mind reading is a required skill.

So, what happens in queer communities in which most people involved have multiple partners and lovers?

In poly circles, this usually leads to very extensive use of calendars and negotiations. or a lot of group dates. On a normal year, I would probably spend V-day itself with Daria, and then designate another day that I would spend with Cait and Leah. In that sense, this year is no different than others, except in that Daria and I are mourning, not celebrating.

Like I told most people a few months before I moved, I moved to Boston to be with Cait and Leah. 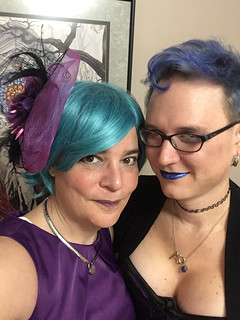 I also moved to be with Daria, Aria, and as it turns out, Julia, Jess, Amelia, Ezri, Georgia, and others. Some of these folks I knew in advance, others I met shortly after coming here. The Cambridge/Somerville area has a magical grouping in which a huge number of queer polyamorous folks who exist in a constant state of organic community, meeting and parting in ways that create a deep set of connections between us that cannot be tracked or easily described, but which form a large extended family.

For so many in the Camberville queer community (and, I, presume, the queer communities of other large cities), emphasis on consent and negotiation has created a group that has become incredibly affectionate in both sexual and non-sexual ways. We foster extremely safe spaces, and in that safety affection has been able to grow. Those who cannot deal with touch know that they will not be touched. Asexuals will not be pursued. Sexual relationships will be expected to be conducted with respect and consent. And mistakes… well, we even have room for those and informal means of alleviating harm. 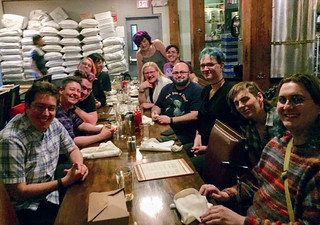 When I moved, I knew that moving to be with my girlfriends would not suffice. I needed community, and I got a large extended family. 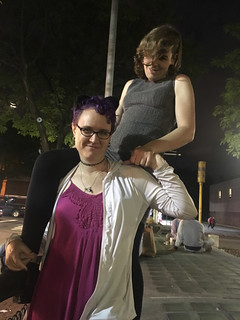 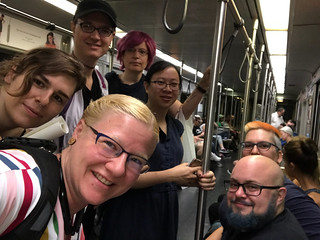 For the record, Cait, Leah, Daria, and I will be going to dinner somewhere that does not take reservations, so a litle finger-crossing is in order.

From a Garden Party Error Handling in Haskell