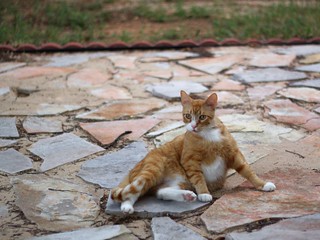 How does one speak of the departure of a cherished friend?

My dear, loyal friend for almost eleven years passed beyond at 1:40 am on Friday, September 30th. He spent the last five hours of his life in a hospital. I had thought that I was taking him in for a dangerous but curable condition. Instead, I took him in to discover that he had a creeping condition, largely undectable, that was going to kill him.

Kylie and I were with him when he went. Kat, his original human mother, made in only a few minutes later. I had hoped he would hold on just a bit longer.

Washburn came into my life with his sister River, two brothers Simon and Malcolm, and his mother Serenity, when he was a mere five weeks old. Kat and I adopted out all of the others, but opted to keep Washburn, and then when we separated I kept him along with Ghost. 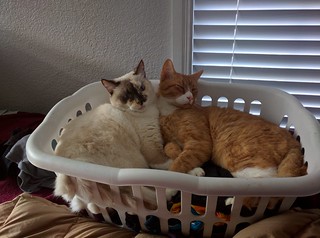 Washburn has slept with me almost every night of the last ten years. I cannot dream of counting the days in which I woke up to find him right there. Or nights in which I would be going to sleep and he would choose that moment in which I most needed to give him scritches. I would go to sleep with his purr and wake up to his purr. In his youth, he would investigate every open glass, first with his face and then with his paws. No glass was safe. Books were ruined for the sake of his love for water. I eventually foiled that by moving to using a water bottle almost exclusively. He spent years drinking from the faucet, often while I was brushing my teeth. He stopped and never really restarted, though in the last year I always got the impression he was interested. 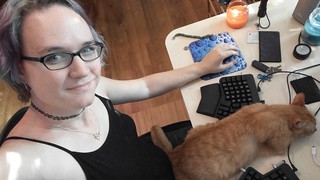 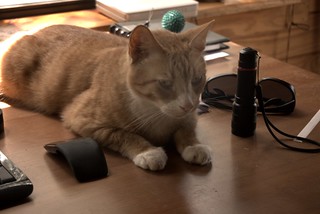 Most of his life he was skittish around new people. In the last few years he became braver, willing to come out, investigate, and even accept pets from a new person in the house. Though he rarely had a playmate after Kat and I separated and Vladimir went with her, in the last few years he and Sapphira finally formed a bond in which they would snuggle and groom. He learned to crawl up onto my chest at night to get more pets. He would never sleep there, but sometimes he would settle down for a few minutes with his aggressive purr. 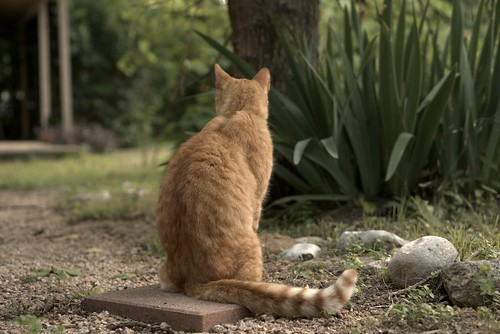 We lived out in the woods for a year, and so he is one of the few cats who has gotten to run out in the woods. He learned the joys of climbing a tree which had branches in near reach. Of running along a branch to see the world from high up. Of discovering what his claws were really good for. 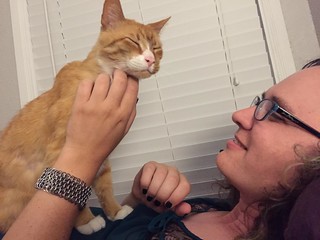 In his last few minutes, I wanted more than anything to pick him up, lie down, and wrap him up next to my chest. To let him die listening to my heartbeat, as he was born listening to his feline mother’s heartbeat. Alas I did not. I feared it would distress him. I feared it would hasten the end. And perhaps, because of that, my heart is broken a little more.

Washburn made an impression upon everyone. Everyone who knew him is sad to see him go. Even his vet, who saw him once a year, called me, heartbroken.

I promised him I would be with him his entire life. Promise fulfilled. What more can a mother do? 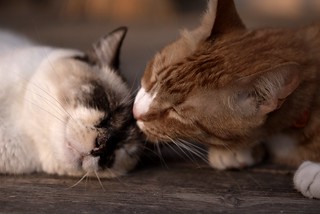 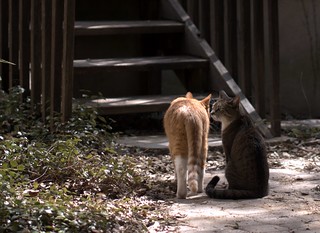 My love, my dear friend, my child, Washburn:

Maybe there is an afterlife, and maybe my love will let me visit you again. 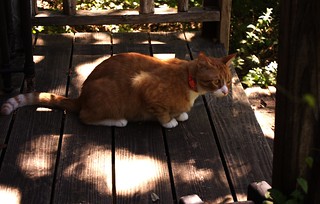 I will reserve the rest of the space for stories which I will tell as I recall them, and additional pictures as I develop them. 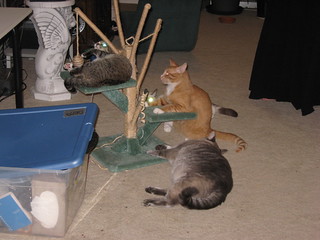 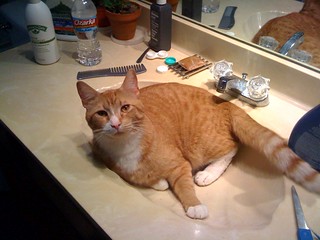 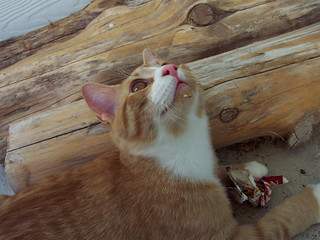 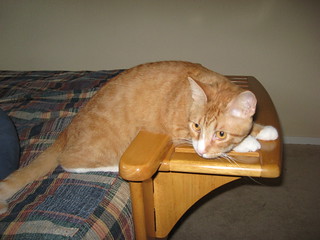 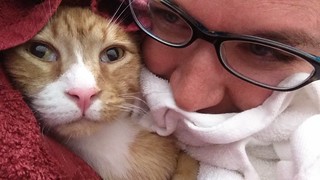 I hacked out a small GTK utility last night. The problem, and this really only applies to Linux, is that the Sony NEX-series cameras don’t record the color temperature and green/magenta balance in the exif data. They do, however, record an RGGB line like so:

ufraw on Linux doesn’t recognize this. With a couple of experiments I figured out what these values mean and how to translate them into something useful for ufraw. And then I reinvented it too many times and finally decided to encode it into an application.

color-temp will, given the string above, calculate out the RGB multipliers that UFraw uses for developing a raw file. I have placeholders there for color temperature and green/magenta balance (which is isomorphic to the RGB multipliers, but friendlier in some ways), but that is tricky to calculate and I haven’t succeeded at that yet.

I’m working on getting the application packaged, and when I do I’ll make a debian package available for download. Until then, just snag and build the code:

Earlier this evening I gave a presentation on doing GTK+ programming in Haskell. Here is the presentation for all those who could not be there.

From a Garden Party

All four of these pictures are some old ones from my previous HDR work. The only thing they have in common is that they are all from a party that I went to some years ago. I wanted to get them back up, though, because I like all of them.

I really miss having a working HDR toolchain.

Thursday night I gave a new presentation on handling errors in Haskell. My understanding of this concept has evolved radically in the last two years, though it is still incomplete.

While I have little additional commentary right now, my presentation will be evolving over time to include new information. To this page, I will add a a full prose explanation for the information in the slides over the course of this next week.

I have written previous articles here and here. My understanding now deprecates both of those articles, though not completely.